Apple launched iOS 8 beta at Keynote address WWDC 2014 yesterday, which comes with a couple of new exciting features and enhancements for instance  quick reply, 3rd party keyboards support such Swype, interactive notifications, new widgets inside Notification center, HomeKit APIs and HealthKit, Touch ID API and Camera and much more, and we have already provided the download links for iOS 8 beta 1 but what if someone having some problem with it and want to downgrade iOS 8 beta 1 to iOS 7 so here’s the solution for all those.

Note: Before performing this downgrade, please take a proper backup of all your important data and information

The sceen of your iPhone will remain black. 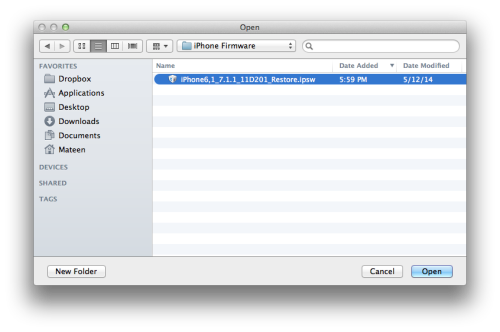